From celebrity hacking to major corporate data breaches, the third quarter of 2014 demonstrated the lengths cybercriminals will go in order to obtain sensitive and private information. In early September, the world learned of a major breach to celebrity Apple iCloud accounts, likely achieved either through highly targeted phishing or using research techniques similar to those honed by “Hollywood Hacker” Chris Chaney. Following the announcement of the celebrity iCloud breach, CYREN also noticed a significant uptick in phishing scams targeted at Apple users; overall, phishing scams targeting Apple users were up 246% from the first quarter. 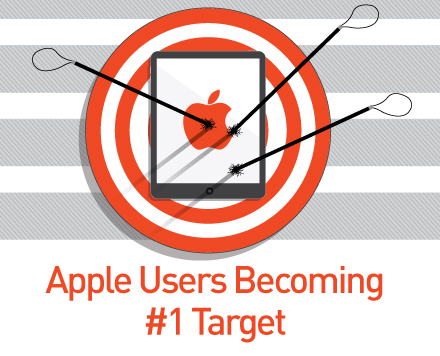 Consumers also learned that their credit and debit card information had been stolen yet again as cybercriminals targeted Home Depot with a Backoff-type virus. With the announcement of the discovery of the Shellshock Bug—a major flaw in the BASH programming shell—the world learned that hundreds of millions of devices, including servers and computers, were vulnerable to major attack and had been so for over 20 years.

Cybercriminals continued to use tragedy, such as Ebola, airline crashes, and celebrity deaths to enhance their phishing, spam, and malware distribution efforts. Spam levels remained fairly steady with diet spam featuring as the primary type of spam distributed.

Despite a major botnet takedown by Microsoft at the end of the 2nd quarter, CYREN’s GlobalViewTM saw an increase of 35% in the third quarter in the number of unique malware samples collected. Between July and September, cybercriminals attempted to distribute nearly 22 million malicious scripts, files, and docs. Android malware continues to appear, with adware or some form of potentially unwanted application (PUA) accounting for slightly more that 58 percent of all Android malware distributed during the third quarter. And, the Russian Federation continued to lead the spam zombie countries, followed by Vietnam and China.

For more information on the Q3 2014 cyber threat trends, download a copy of the CYREN Internet Threats Trend Report.