Amidst the crisis the world is going through because of the Covid-19 pandemic, malicious actors continue to take advantage of the situation to lure unsuspecting online consumers into installing malware into their systems.

We have recently found reports of malicious Powerpoint slides being sent through email, which are disguised as business opportunities or transactions. 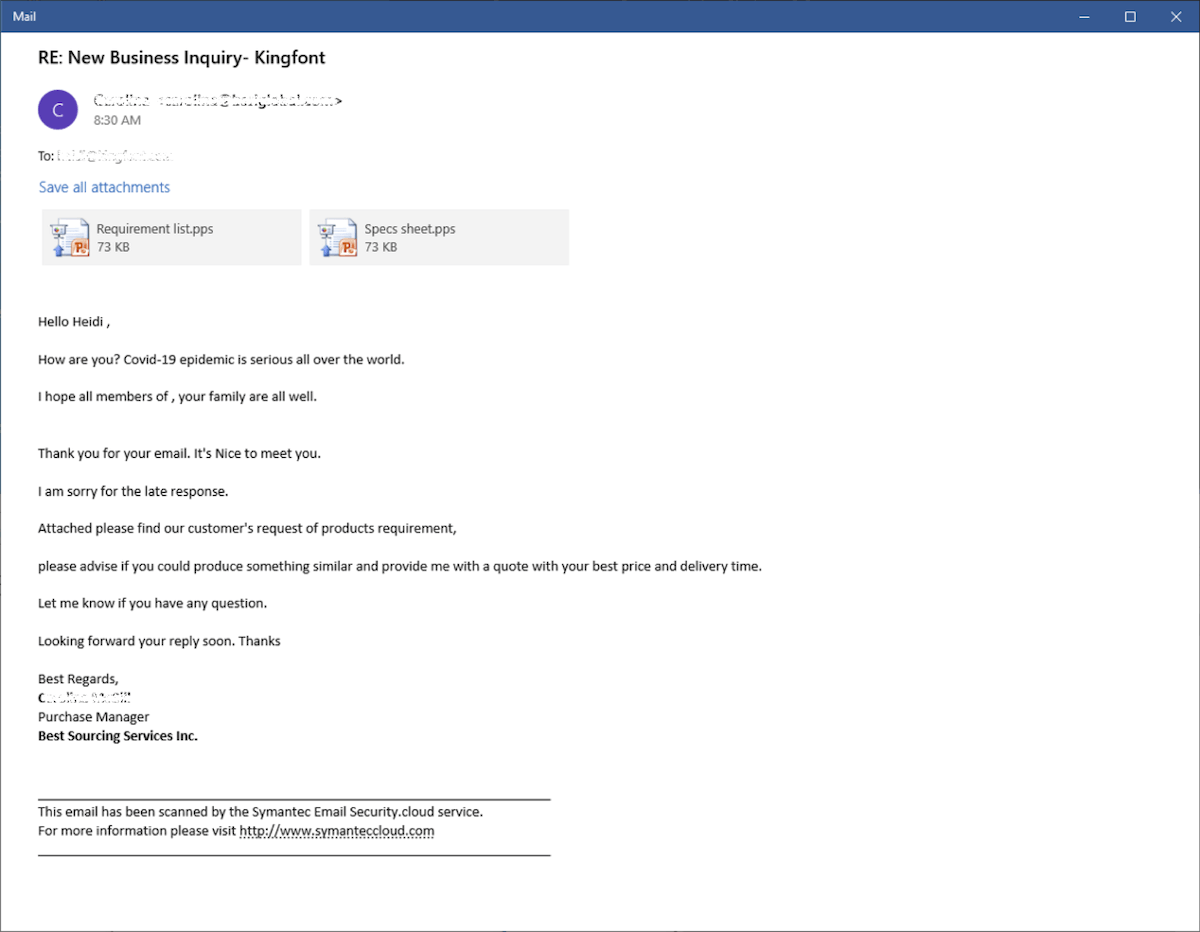 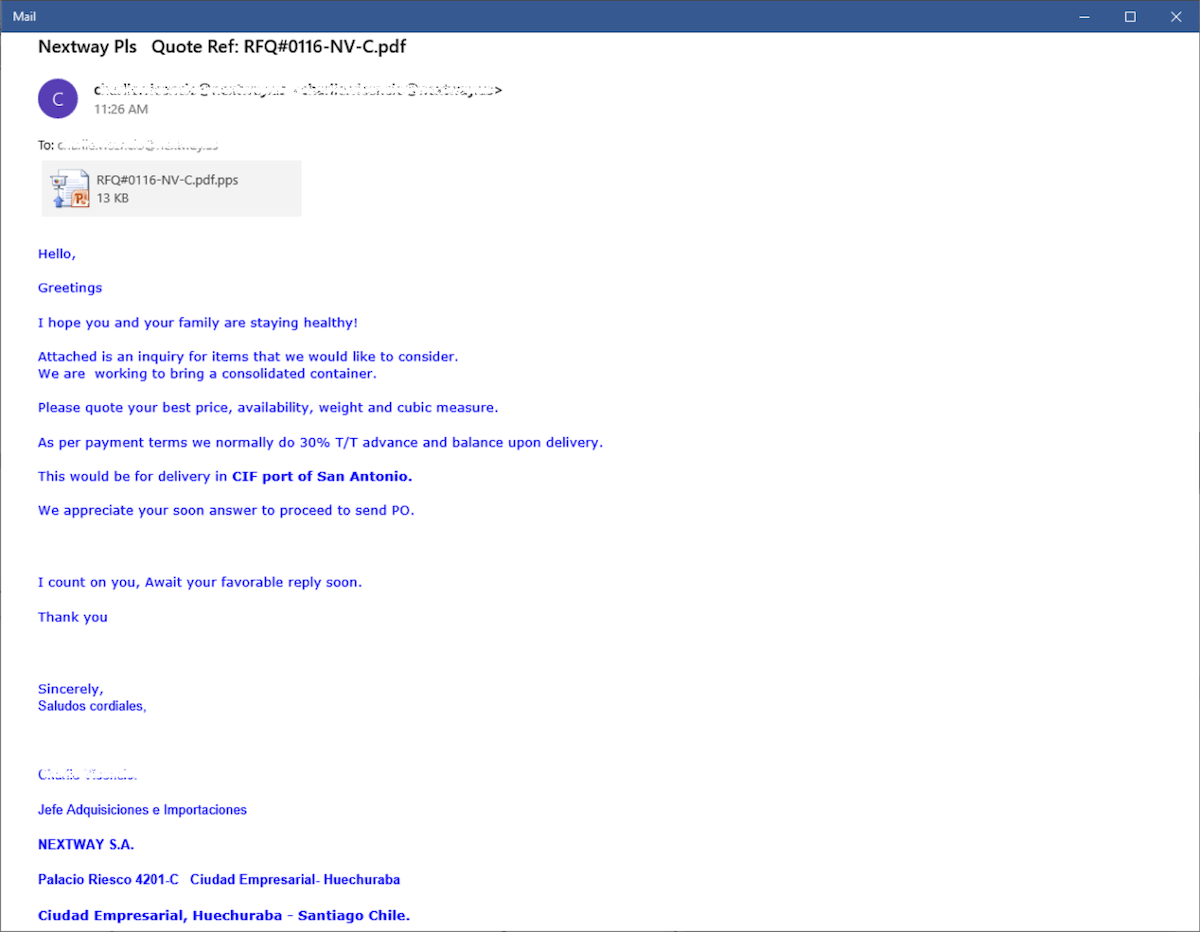 Once an unsuspecting user opens the PowerPoint slide attached to the email, PowerPoint will prompt the user about a potential security concern and let’s user choose whether to enable or disable macros.

If user chooses to enable macros, the malicious VBA macro is automatically executed upon closing of the PowerPoint slide, which is triggered by the use of a built-in VBA event named Auto_Close. The VBA code simply runs mshta to load and execute a malicious HTML application (HTA) with the use of a shortened URL (hxxps://bit[.]ly/8bz529ep5dc64gf2zxvd), which redirects to a pastebin link (hxxps://pastebin[.]com/raw/Ri1gJLPQ).

It is good to point out that all HTA payloads used in this campaign/attack uses the same obfuscation as shown below:

In just a few lines this initial payload attempts to execute a second level HTA payload from hxxp://pastebin[.]com/raw/Bswfq2VB before creating auto-start entries, which in turn automatically executes the same second-level HTA payload without having to save any files to disk, hence making it “file-less” in a sense.

There at least three (3) different second-level payload links used, but the de-obfuscated form reveals the same VBScript code as shown below:

The Powershell script, as shown below, stored in the registry runs a quick check for internet-connectivity before proceeding to download and execute its final payload.

Figure 6.0 Powershell script stored in the registry (modified to be more readable)

The .Net Assembly Library named Apple.dll is protected with ConfuserEx v1.0.0 as identified and de-obfuscated by the tool named de4dot[2].

Having it de-obfuscated, we can now look at what it actually does using dnSpy[3].

From the Powershell script, we saw that it calls the FreeDom method from the class named Givara with “msbuild.exe” and the hex-encoded .Net Assembly executable.

To keep it short, Apple.dll is process injector component, which loads msbuild.exe (if it exists in the system) and injects the decoded .Net Assembly executable into it.