In the midst of the recent revival of Dridex, the notorious family of banking trojans, a Dridex attack scheme targeted at stealing UK users online banking credentials was detected this week (and is being blocked) by Cyren’s security cloud.

This new attack is initiated by an email PDF attachment claiming to be a confirmation letter or scanned document, then proceeds as shown below by our step-by-step security lab analysis. This is a different tack from the most common recent reports of Dridex attacking Windows users through spam campaigns with attached RTF documents (with a .doc or .zip extension), which exploit a zero-day vulnerability in Microsoft Word identified as CVE-2017-0199. 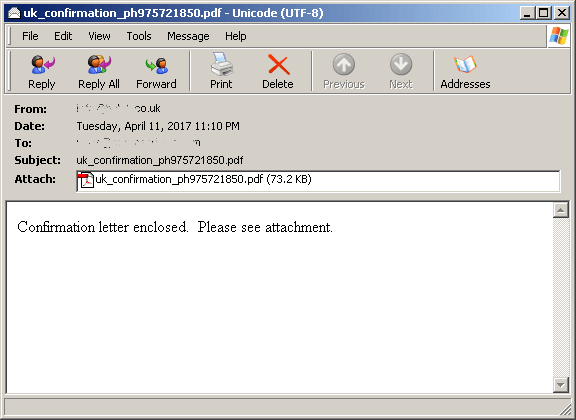 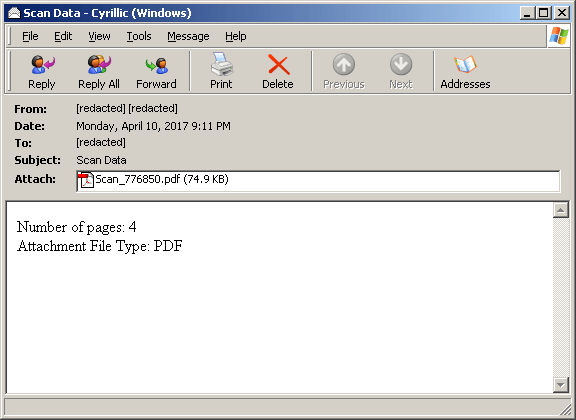 Upon opening the PDF, which Cyren detects as JS/DridLdr.A!Eldorado, the user is prompted with a notification that an embedded file is to be automatically opened.

The exportDataObject function takes two parameters, cName and nLaunch. cName specifies the file attachment to be exported from the PDF and nLaunch, with a value of 2, directs the reader to save the attachment to a temporary file and ask the operating system to open it. In this case, an OpenXML-formatted macro-enabled document (.DOCM) is opened by Windows with Microsoft Word. The exported document is detected by Cyren as PP97M/Downldr.gen.

By default, Microsoft Word disables the automatic execution of VBA macros and will prompt the user with a notification similar to the snapshot below. 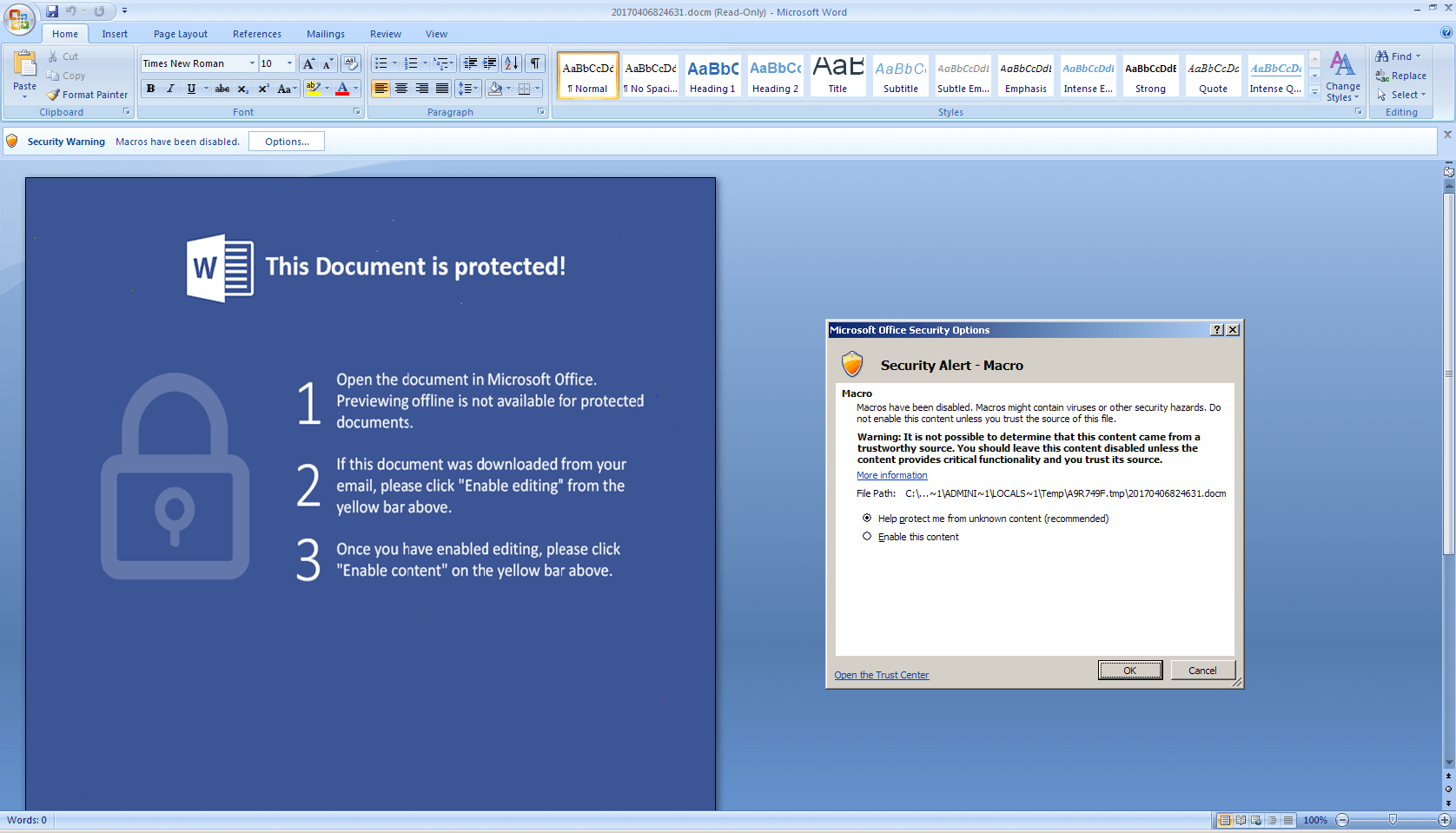 Once the user enables the content, the VBA macro code is automatically executed with the use of the AutoOpen method. 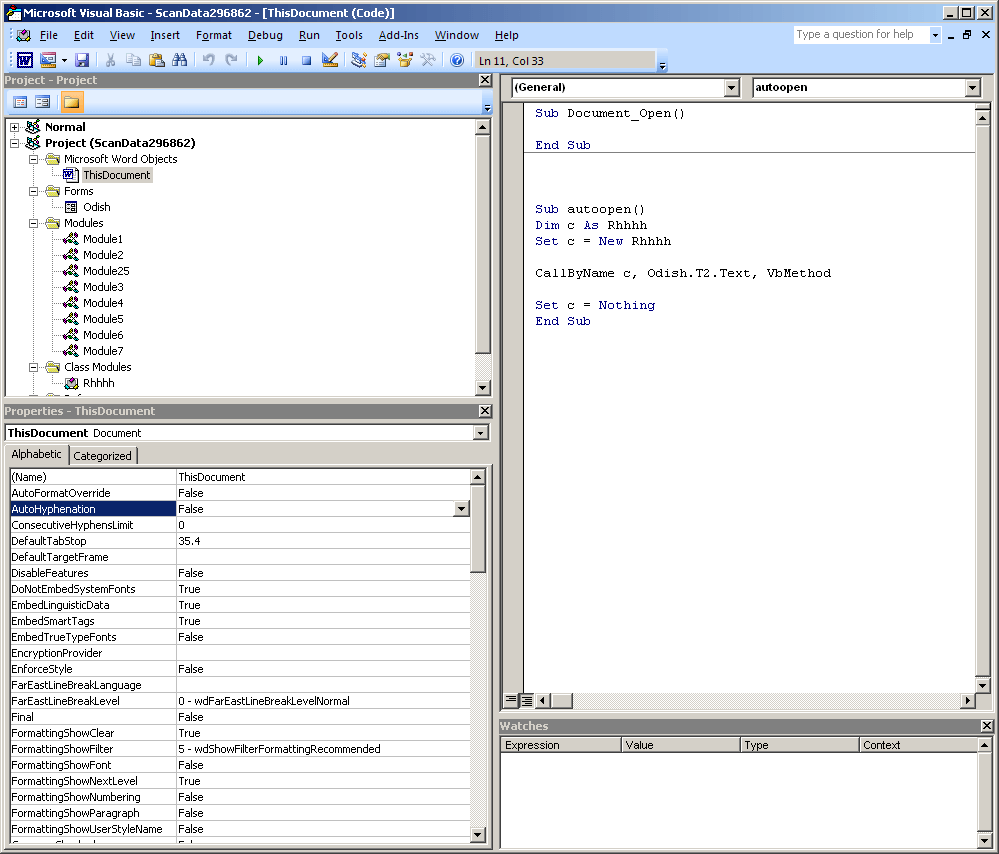 Similar to a few variants of macro-based malware, this variant stores a few of its needed strings in user form controls to evade analysis from known tools and scanners. 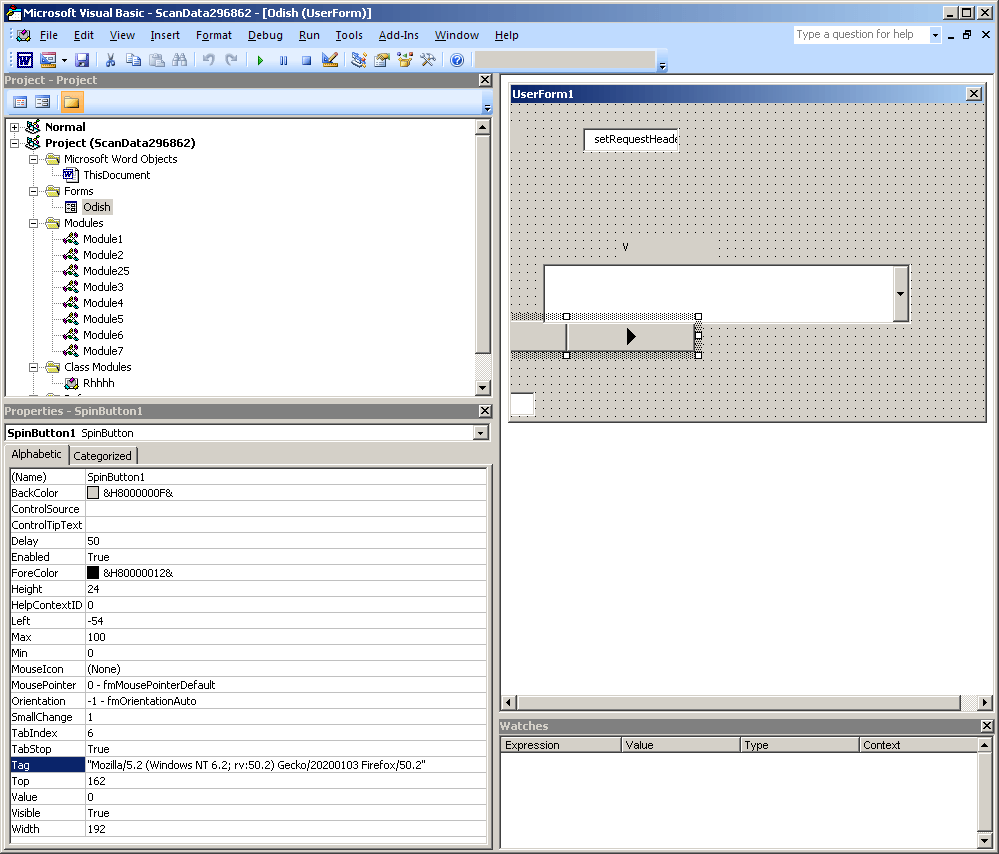 The code attempts to download an encrypted executable from one of the listed URL’s in its code:

The downloaded data is decrypted using XOR operations with a 32-byte key hard-coded in the VBA code, saved in the Windows temporary directory using the filename redchip.exe and executed through the Shell.Application.Open method.

The decrypted executable is detected by Cyren as W32/Dridex.KJ.gen!Eldorado and confirmed to employ the new code injection known as AtomBombing. Researchers from IBM X-Force has published a detailed report on how Dridex exploits AtomBombing to inject its code into selected system processes to attain persistence and evade detection.

Once it has found a target process to inject into, it gathers the following system information:

The gathered information is concatenated together with a 2-byte seed using the following format:

Dridex generates the MD5 Hash from this built string, then converts it into GUID string format as shown below.

This GUID is then used for the checking and creation of mutex names, event names and probably keys.